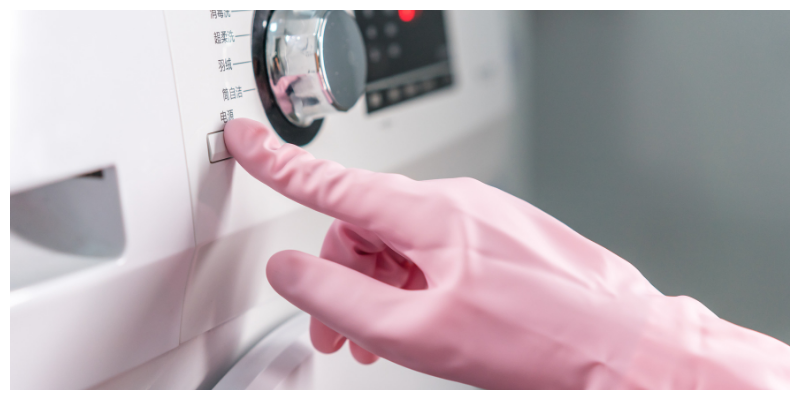 How To Easily Get Rid Of Washing Machine Smells And Mould!

There is nothing worse than doing a load of laundry only to find that you are left with a pile of smelly washing, you’re left wondering what you can do to keep your washing machine clean.

I can only explain that at it’s worst the washing machine smells were like mildew or stagnant water. I had tried various cleaning methods like baking soda and vinegar in a hot cycle wash, but I still ended up with a smelly washer.

There can be many factors which can contribute a bad smell in the washing machine.

How I Got Rid Of Washing Machine Smells and mould.

Disclaimer: allegedly using bleach in a washing machine can cause damage to your machine. Please consult manufacturers instructions and follow these tips at your own risk.

How To Keep Your Washing Machine Smelling Fresh

Firstly check your filter and make sure that there are no blockages in your washing machine drain pipe. Hair, damp fluff and other matter may cause a smell like sewage or rotten eggs if left to sit for any length of time. Try running an empty load with some baking soda to see if that helps. If you can’t eliminate the stench, call out a plumber as it may be a problem with the way it was fitted.

What is the best washing machine cleaner?


The best way to keep your washing machine clean is to regularly run it empty on the hottest load. If you feel you’ve let your washing machine get into a bit of a grubby state, try either the bleach method as above or one cup of baking soda to two cups of vinegar on an empty load.


If your top load washing machine smells of stagnant water, it may be due to a build-up of detergent which is not allowing the water to drain properly, resulting in a musty dirty water smell caused by a build-up of mould or mildew.
This can easily be resolved by running an empty cycle, with one cup of bleach in the drum or alternatively one cup of baking soda and two cups of vinegar.

If your washing machine smells of stagnant gas it may be due to a build-up of bacteria in your washing machine. Try cleaning inside the rim with bleach then run on the hottest wash with a cup full of bleach as described in the steps above.
If this does not cure the problem seek professional advice.

Keeping your washing machine clean prevents any build-up of bacteria. I would recommend you run the machine empty on it’s hottest wash at least once a month to avoid mould and mildew build-up and to keep the washing machine odour free.

Why does my washing machine smell?

Help my washing machine stinks! There are many reasons your machine may smell, bad plumbing, mould, mildew or badly draining water can all make a washing machine smell rank, try any of the tips in this post and if it persists consult a good plumber.

How to clean a front load washer.

The instructions listed in this post are all suitable to clean a front loading washing machine and designed to help you get the smell out of your washing machine.

The best place to situate a washing machine is in a well-ventilated area with the door left slightly ajar, such as a laundry room, kitchen or bathroom.

Pin me for later!