Keeping the tea towel cupboard organised needn’t be a headache. With a few simple tricks, you can keep your the tea towels in your home looking immaculate at all times.

What is a tea towel?

Tea towels or dishcloths are soft cloths made of linen, terry cloth, or cotton used to dry the dishes. As far back as the 18th century, people often used flour sack towels for drying dishes. They also used tea towels to wrap around baked goods such as bread to transport them and keep them fresh.

How to keep your tea towels tidy.

There are a few hard and fast rules for keeping those dish towels neat and tidy.

Can I just use a paper towel to dry my dishes instead?

You can if you so desire, however, I wouldn’t recommend using paper towels because of the waste. As long as you care for your tea towels properly, you will find they will last you for years.

Which tea towel should I use to dry fine china?

The soft fibres in linen tea towels are perfect for cleaning fine china without causing any damage.

I have a decorative Van Gogh tea towel that is a sentimental gift given to me by my late mother what shall I do with it?

I would consider storing this in a memory box rather than trying to keep it protected in your tea towel cupboard.

Why is it called a tea towel?

I like to have decorative kitchen towels, but my husband insists we use them for drying the dishes, what should I do?

It’s not common practice to have decorative tea towels solely for decoration purposes, and I’m a great believer in using everything you have in the house, I wouldn’t worry about someone using my kitchen cloth or tea towels. I think he’s probably never going to grasp the fact that they are not there to use, so I’d probably just wash them every time he uses them!

I’d like to know where to hang my tea towels after I’ve finished drying dishes with a towel. 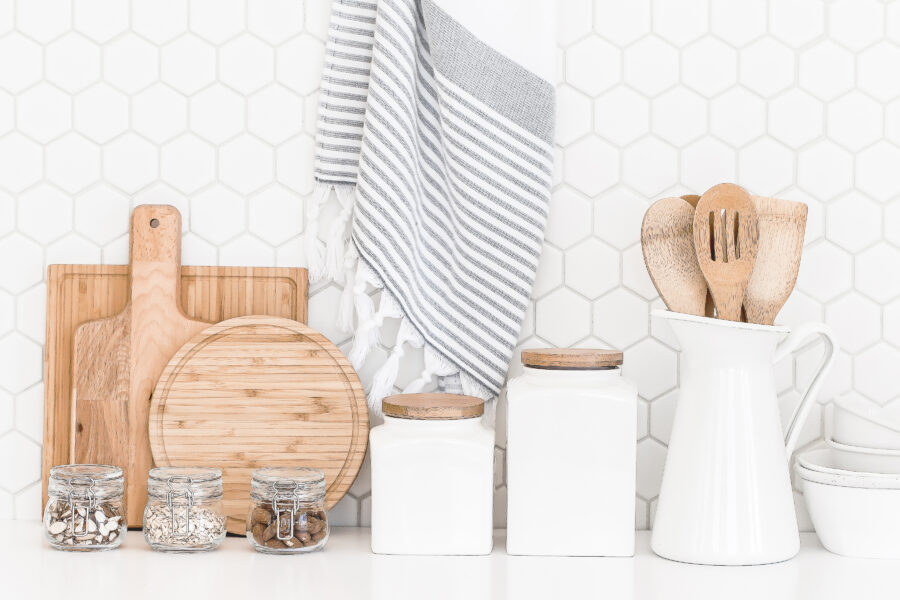 What is the best tea towel size?

Tea towels come in various different sizes. It really doesn’t matter which size you choose as long as they are all the same size for uniformity in the cupboard, drawer or basket.

What are the best kitchen towels for drying dishes?

Cotton or linen dish towels are better for cleaning glasses as they don’t leave any lint behind. I try to avoid the microfibre tea towels as I don’t find them as absorbent as the terry towel.

I don’t have anywhere to keep my tea towels as I’m short of storage space do you have any other storage ideas?

I would look for a pretty lidded basket to use or maybe some pretty tote bags to hang on the back of your kitchen door.
Rolling your tea towels is also a great way to save space in a basket or drawer. 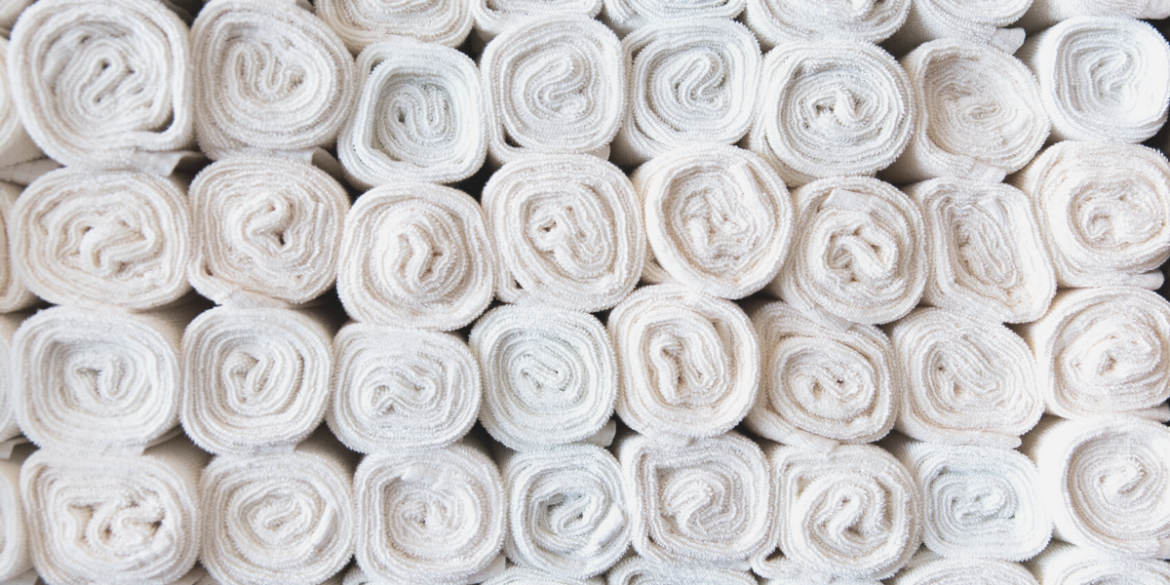 What is best, a tea towel V flour sack?

Flour sack tends to be slightly thicker, sturdier and more absorbent than a thinner tea towel but is not so forgiving on delicate glass and beautiful bone china items.

How many tea towels do I need?

I change my tea towel each night, I throw it in the washing machine and replace it with a clean one. However, my other half likes to use three tea towels every time he’s in the kitchen, so I do tend to have plenty in my cupboard! So, I’d say at least seven but more if you’ve got a spouse like mine!

If you’re struggling to remove tea stains from your favourite cups read this wonderful post for some cheap and easy solutions!

Sign up today for our updates and checklists!
About our links

As an Amazon Associate, I earn from qualifying purchases.

This website uses cookies to improve your experience while you navigate through the website. Out of these cookies, the cookies that are categorized as necessary are stored on your browser as they are essential for the working of basic functionalities of the website. We also use third-party cookies that help us analyze and understand how you use this website. These cookies will be stored in your browser only with your consent. You also have the option to opt-out of these cookies. But opting out of some of these cookies may have an effect on your browsing experience.
Necessary Always Enabled
Necessary cookies are absolutely essential for the website to function properly. This category only includes cookies that ensures basic functionalities and security features of the website. These cookies do not store any personal information.
Non-necessary
Any cookies that may not be particularly necessary for the website to function and is used specifically to collect user personal data via analytics, ads, other embedded contents are termed as non-necessary cookies. It is mandatory to procure user consent prior to running these cookies on your website.
SAVE & ACCEPT