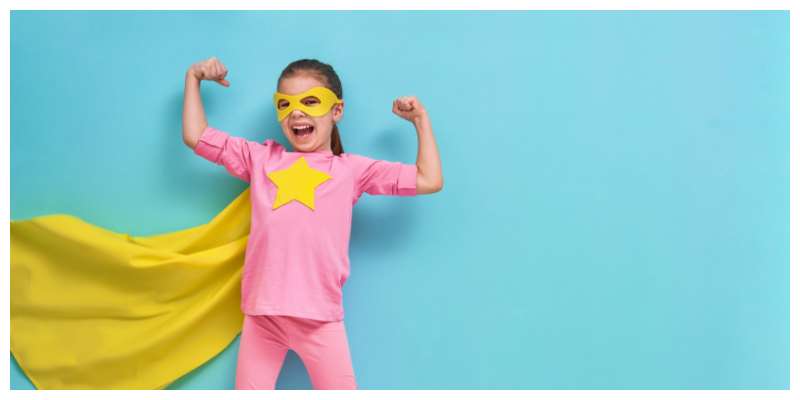 The Ultimate Guide to the QB Test For ADHD

It is Mental Health Week here in the UK, so I thought it would be good to touch on our experience of living with a child who has ADHD, how we went about getting him diagnosed and eventually how we got him the help he needed to flourish at school and home! In this post, I will be explaining how we managed to get a diagnosis of ADHD for our 7-year-old youngest child and what happened when we sent him for a QB test.

Living with a child who has ADHD can be one of the loneliest things you can experience. You find yourself questioning everything you do as a parent and blaming yourself when things go catastrophically wrong. Relationships are under an enormous amount of strain and families can be torn apart. Understanding ADHD has a huge part to play in coping with ADHD behaviours and their effect on the whole family.

This post contains affiliate links which when clicked allow me to earn a small commission.

What Is A QB Test For ADHD?

A QB test is a device used for assessing the core symptoms of ADHD such as hyperactivity, impulsivity and inattention. Your child will sit at a computer which will determine their ability to concentrate and to keep still over a 15- 20 minute period. Your child will be fitted with a small monitor on their head which, reports movement and reaction time to a computer. Your child will be asked to respond to geometric shapes which will appear on a computer screen by pressing a responder button. A small camera attached to the computer screen records movement from the reflector worn on your child’s forehead.

My child went into the test room without us, and that seems to be the norm, probably to avoid him from being distracted by anyone or anything.

Are you worried your child may have ADHD?
Are you struggling to cope with a hyperactive child?

If you feel your child may be showing signs of ADHD, I hope this post will help answer any questions you may have about the whole process of getting your child diagnosed with ADHD.

ADHD stands for Attention Deficit Hyperactivity Disorder, and it is a medical condition. People who have ADHD have differences in their brain activity and brain development, which affects impulsivity, self-control and the ability to sit still for long periods. P with ADHD are usually unable to focus their attention for long periods.

Before I start outlining some of the more common and not so common symptoms of ADHD, I think it is important to highlight some of the amazingly positive sides of ADHD, of which there are many!

Getting Referred For A QB Test For ADHD

What to do if you think your child has ADHD

Seek medical help at your GP

Take a list of all the behaviours you find challenging about your child and speak to your GP. I wrote three A4 side pages about everything I was struggling with and let my GP read through them while we were there.

Discussing all your child’s testing behaviour is very emotive and can have the strongest of parents in tears. Writing everything down rather than having to talk about it stopped me from ending up in an emotional mess in front of my little one.

Take your child to the appointment with you.

I decided to take my child with me to the first GP visit purely because I knew that he would not be able to sit still, I made sure he didn’t have an iPad or anything else to keep him calm. And as expected he was climbing the walls by the time the appointment was over. I felt this allowed the GP to see that he genuinely could not control his impulses and that we were not just talking about misbehaviour.

Talk to your child’s school

Should the GP decide that your child meets the criteria, they will then send your child for an assessment for ADHD, followed by a QB test for ADHD. A QB test is a standard ADHD test for children.

We got an appointment to see an ADHD nurse after about a month. We went through the same motions as we did with the GP, and she asked very in-depth questions about family history, our home life etc.

During this appointment, our son got very irritable and could not sit still. The nurse to repeatedly told him to sit still, but anyone with a child with ADHD will know that it’s impossible for them to sit still and be quiet, especially in such a clinical environment!

At this stage, we were offered to attend a parenting course, which we decided to decline as we had already tried everything we could to help our child. We were advised to read the book The Incredible Years by Carolyn Webster-Stratton, which had some great tips for discipline and a few other small tweaks to help with challenging behaviours.

After approximately an hour, the nurse decided our child met the criteria to go for a QB test for ADHD.

An appointment was scheduled for approximately 3 months time.

The QB test for ADHD will more than likely take place at your local hospital or clinic.

Here is a quick video to show you what happens during a QB test.

Results Of The QB Test

We had to wait approximately two months for the QB test result. We had an appointment with a very understanding consultant. She kindly ran through the results of the QB test with us and explained everything in very easy to understand terms. For a QB test sample and to learn a little more about the QB test for ADHD, click here.

The results are analysed and compared to a group of people of the same age and gender who do not have ADHD. This test, together with the other clinical information and school reports, will assess whether the child has ADHD.

After chatting to the consultant for over an hour, she discussed with us our options, which were either to start on medication, see how it worked and return after three months, or to carry on as we had been doing and maybe doing a parenting course.

We had many concerns about medication, and we had taken a list of questions regarding ADHD medication, which she answered thoroughly.

How to get tested for ADHD?

The very first steps to getting you or your child tested for ADHD would be to visit your GP. Be honest with your GP about the struggles you face every day no matter how bad they are. Don’t be afraid to write everything down before you go in so you don’t miss anything out. It is quite nerve wracking especially if you are talking about your child, so it might be a good idea to take someone in with you who knows your child well, such as a partner or grandparent as they will be able to ask questions you may have forgotten.

What does QB test stand for?

QB stands for quantitative behaviour, so basically a measurement of behaviour over a set time.

How much does QB testing cost?

QB testing is free in the UK if referred by an ADHD specialist. Follow the steps outlined in this post to get your child assessed for ADHD if you suspect they are showing typical signs.

Is a QB test for ADHD accurate?

The results of our test were very predictable from observing our child over the years. The first quarter he was a little fidgety but his responses were really quick however towards the middle of the test he was inattentive, missing many of the shapes and also very fidgety. This helped put things into perspective for us and helped us to understand his academic struggles and poor performance at school, even though we knew how bright he was.

What happens in a QB test for ADHD?

Your child will have a monitor or reflector attached to their forehead which will reflect their movements back to a camera situated above the computer screen. Your child will be asked to click a button each time they see one of the shapes appear on the screen. The test lasts approximately 15 to 20 minutes. The test will check how attentive they are after each quarter of the test.

What happens after a QB test?

We didn’t get the results of our test back for a few months. After that, we got an appointment with the ADHD specialist who talked us through our options moving forward.

Where do I get a QB test?

In the UK, a QB test for ADHD is done through your GP then through a hospital visit.

How are you diagnosed with ADHD?

By your GP who will maybe refer you to see a specialist, you may then get referred. You will be assessed by various professionals then sent for a QB test for ADHD depending on whether they feel you meet the criteria. The QB test will then check your behaviour over a 20 minute period of time which will asses your attention, reaction time and accuracy.

How can I convince my dad that I have ADHD and it’s not a bad thing?

Unfortunately, ADHD still has a lot of stigmas attached to it and it can be difficult for some people to believe its a real medical condition. We ran into a lot of people who did and still do put our child’s behaviour down to naughtiness, or lack of boundaries, this can be very frustrating and hurtful especially when it may be from friends and family. Go to your go and get a formal diagnosis, show him the results of your QB test and explain to him what they mean if you haven’t already. Explain to him that this is caused by a lack of dopamine, the more he understands about ADHD the more likely he is to empathise with you.

Can I get ADHD testing online?

If you think you may have ADHD it is advisable to see your GP rather than trying to diagnose yourself online. You may be referred for a QB or ADHD computer test.

What is ADHD caused by?

The exact cause of ADHD is unknown and it is not fully understood, however, ADHD does tend to run in families, it is thought that the genes you inherit from your parents play a factor in whether or not you have ADHD. People with siblings with ADHD or autism are more likely to have ADHD themselves.
It is also suggested that there may be an imbalance in the Neurotransmitters in the brain or that the brain area may be smaller in people with ADHD, is also suggested that there may be a chemical imbalance.

How can you pass a QB test for ADHD?

It’s not as simple as passing or failing the QB test , many different pointers are taken into consideration during this process, you will be assessed and then your results will be combined with other information collected from other professionals for discussion by the consultant.

Pin it for later!

Have your say! Drop us a comment in the box below!