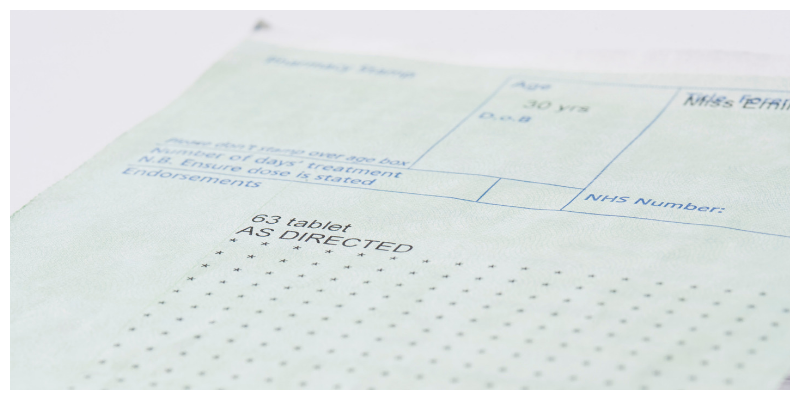 What You Need To Know: The Pros And Cons Of ADHD Medication.

Our seven-year-old little boy is an amazing little person, with a fabulous personality, he’s charming, funny, loving, and very comical, he also has ADHD. My partner and I are blessed to be his parents, however, from a very young age, we always knew there was something unique about him but struggled with the stigma of ADHD. We decided to get him assessed for ADHD because we were worried we were letting him down by not getting him the help he so desperately needed. We wanted to get him the support he needed before it was too late. We didn’t want our son to be labelled as a naughty child when it was glaringly apparent to us that he couldn’t help his impulsive behaviour and he so desperately wanted to be good. In this post, I will talk about the reasons we decided to medicate our son and the pros and cons of ADHD medication for our child.

Deciding to treat ADHD and medicate my child was probably the hardest decision I’ve ever had to make in my life. The responsibility was quite honestly overwhelming, and it was a very emotional time for us.

For more information on ADHD ( attention deficit hyperactivity disorder ) and how to get your child referred for ADHD read this post.

Up until we received the results of the QB test, were always anti-medication and were definite in our decision not to medicate our child. We had done our research, listened to other parents experiences of the pros and cons of ADHD medications. We went into the appointment with a completely closed mind and were hoping for some simple parenting strategies and help for our child’s behaviour.

I had done a lot of research on the pros and cons of ADHD medication, and there were many different opinions which left us very confused, so I decided to write down all my worries and concerns and get the answers straight from the horse’s mouth!

The consultant was very helpful and explained that our son’s brain wasn’t working correctly and that we could fix it if we chose to. She also told us that it wouldn’t be fair on our child’s mental health to let him go to school and struggle when he didn’t need to.

She answered all our questions honestly and with empathy.

Questions about the pros and cons of ADHD medication.

So with all our questions answered and all the pros and cons of ADHD medication clear in our minds, we were prescribed medication and decided to give it a trial.

Why we decided to medicate our ADHD child

Safety. It was virtually impossible to keep our son safe. He was continually running out into the road, and he climbed everything with no regard for his safety. He often climbed to the top of street lights, and last year climbed halfway up the outside of Penmon Point lighthouse in Anglesey.

Aggression: Our child was very aggressive towards other children and us. When he didn’t get his way, he would push, kick, hit, and spit, and on one occasion tried to push me down the stairs. He would smash up the house and his room and would regularly throw things.

Self-care. It was impossible to get him to shower, brush his teeth, get dressed, nothing would work, he was completely non-compliant when it came to self-care and looking after himself. I’d brace myself when it was time to cut his nails!

Sport: Although he was very outdoorsy and loved to climb, he couldn’t pay attention to the rugby coaches, martial arts instructor or swimming coach, so he was completely behind where his peers were in all sporting activities even though we knew he had the ability.

Chaotic: He was very disorganised in his behaviour and with his belongings, often breaking stuff and losing things. He would leave a trail of belongings all over the house, at school, the park or anywhere else he had been. Our home life was chaotic all the time.

Extreme behaviour. All our son’s behaviour was extreme, and he did everything to the max. It was like watching a stunt man perform the most dangerous stunts without a mat or safety harness all of the time. He never got tired or had a rest; it was exhausting keeping him safe. He would jump from unsafe heights, throw himself off things, try to climb out of windows, run away, escape out of locked doors, it was terrifying! It was like an adrenaline rush to him, the more dangerous the better!

He couldn’t make or keep friends. Mainly because he was very immature compared to his peers, but also because when they said something to him which was a joke, he would get offended, decide he didn’t like them and would not to forgive them.

He was academically weak even though we knew he was very intelligent, his grades were poor, and I struggled to get him to sit down to do any homework at all. He would never draw or write or do anything that required him to sit still for long periods.

He was disruptive in class and was often in trouble, mainly for being aggressive towards the other children.

He was rude and had no respect for anyone, back-chatted all the time, and we were unable to discipline him at all, he didn’t care about consequences and hurt feelings, nothing worked, believe me, we tried everything!

I was broken, not coping and struggling to make it through each day. I was a mess and had no energy left at the end of the day to look after myself.

My spouse started work early, came home after 9 pm most nights and was working virtually every weekend, it was tough to keeping everything ticking along nicely.

People kept telling us he was ” just a normal little boy” not knowing how bad things were, it was exhausting and made me feel like a terrible parent who couldn’t bring out the best in my child.

Some of his behaviours may have seemed just like a typical toddler or young child behaviour, but it was extreme behaviour all of the time; 24/7!

We were both lost and in despair that we were letting him down and not helping him reach his full potential both at school and at home. The guilt we felt about our daughter’s home life was colossal, and something had to be done about it, we had to get him help.

I had tried all the natural remedies like vitamins, fish oil, Omega 3, Magnesium, Multivitamins, reducing his E numbers and sugar intake, but nothing made the slightest bit of difference to his extreme behaviour and reactions.

This post contains affiliate links which when clicked, allow me to earn a small commission.

My next step was to try medical CBD oil, I had done a lot of research and heard that it was helping kids all over the world manage their ADHD symptoms. However, it did absolutely nothing to help my child.

My son always plays outdoors, goes to rugby, swimming and martial arts, so he’s not short of exercise. He has a very active lifestyle, but nothing wears him out, this is great if he decides to play rugby for England, but not so great when he’s still up at midnight and not tired at all!

Pros and cons of ADHD medication at weekends.

The consultant explained to us that we could consider stopping ADHD medication at weekends, and during the holidays, this was a game changer for us as we felt that we would have more control over when our son took medication and liked the idea that it was only during school hours that he would be on his medication.

After trying two days without our son having any medication, we decided it was best for him to continue taking his medication over the weekend.

Why we decided to keep medicating at weekends.

Pros of ADHD medication for our son.

Cons of ADHD medication for our child.

The hospital will review your child after three months and will check for any significant weight loss.

No, if anything, it enabled my child to sit still for more extended periods and to concentrate more. He wrote stories, poems and songs, he started colouring more and enjoyed playing board games more as his attention span was longer.

How will taking ADHD medications help an ADHDer like me?

You may find that you can concentrate more on the task at hand and process your thoughts in a more organised way. For further information, you should discuss this with your GP or consultant.

Can someone with mild ADHD be successful without medication?

Many individuals manage their ADHD by using natural supplements and diet. Each person is different, and your GP will discuss the best options for you.

Leave us your email address for our newsletter and get the secret code to our free resources library full of helpful organising tools!

If you have any comments or questions about the pros and cons of ADHD medication and natural ADHD treatment, leave us a comment below!

To learn how to reduce visual clutter in the home of your ADHD child read this post.